Posted by christinesuzuki on May 20, 2016 in Balance, Meditation, Movement | One Comment 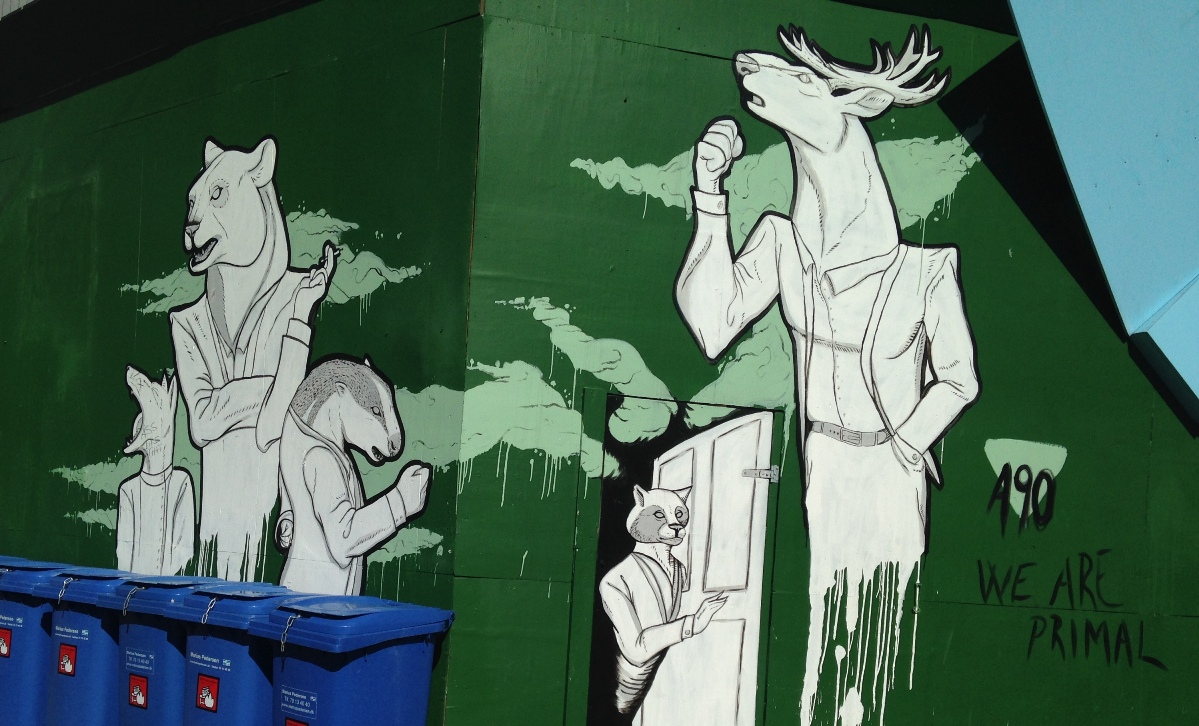 Jozef and Linda share about moving in a way which is not only palatable but accessible and really freaking exiting.  Moving with your whole organism, opening up or enhancing ones ability to respond to oncoming challenge, moving harmoniously within your natural organism and within your environment. Assertive yet open encouragement to break out of preconditioned patterns and models, and providing the space to entice every cell of your being to work at it’s best. To keep moving, using the constant current of life and your universal vibration in order to respond to unknown variables. Coming out of the prefrontal cortex, the analysis part of your mind, and coming into the space of infinite potential; thus allowing a maximal harmonious play with your environment, whatever that may be..

For me, being a mover for a lot less time than most of those who were also attending the workshop, I found it highly demanding but very accommodating and encouraging to allow my mammal organism to move more freely and more ease fully than ever before, with a consciousness beyond the basic mind control, tapping in ever deeper to ones central channel. The principles they use are delivered in a manner such that I believe anyone can gain, whatever their background; however to have a good awareness of ones mechanics beforehand is a must to enable safe and optimal participation.

I trained intensely before this workshop, mainly working on strength and balance; this was a wise impulse for me to follow as you need to have at least a certain amount of balanced perception of strength and flexibility in order to progress through the games architecture offered. My journey with movement clearly started when I was created in the womb, but due to my path in life, movement took a sideline for schooling, university and the inevitable working at a desk for several years; following the path I assumed to be the one I needed to follow..  No matter what your background, if you’re reading this, you have a body (however that has manifested it’s unique and wonderful self) and to have a body means you NEED to move it.  Use it, or lose it.. 😉

Having a few year experience with martial arts (kick boxing mainly) and more recently with Pilates and yoga put me in good stead to keep up, awareness and knowledge of biomechanics has also been fundamental in allowing me to move in way which has reduced the stress on my body and thus increase its desired output. As when you move with poor form, this not only stresses your joints but also your nervous, energetic, emotional, digestive and other biological systems; don’t get me wrong, any movement is better than no movement but let me just drop in the word ‘optimal’ to marinade on one’s brain..  Once an awareness about basic mechanics has been embodied these proposers of fighting monkeys blow all of that out of the water. When I work with people who don’t move enough or don’t have enough awareness of their body and I can see why my other teachers have placed such strong emphasis on ‘correct’ movement; I.e. Offering movement tasks to people which can help them to stabilise and open up joints in a safe manner. This is not the only way. The joints and structures need to be allowed to move in such a way which challenges them, tests them, not only supporting them.  I can see from a general teaching stance how these techniques of basic linear alignment can help in general classes with people who aren’t so interested in movement per se and perhaps, need to first build up their basics and manage general and obvious pathologies; but I’m very happy to redefine, rebuild and reimagine what these blessed bodies can do..

Linda’s smooth and elegant yet super strong movements inspire the sense of grace and ease with the vibration of each and every one of your cells.  Jozef’s apparent background with martial arts often brings in the element of fighting to the games he shared, or I guess this could be put as, the need to respond to irregular happenings in the environment, as it’s generally not the case that our every step and every interaction will only be challenging us in a uniformed way. Therefore our body requires the neural, biochemical and physical ability to adapt constantly. How do we do that if we have only ever moved in a regular fashion?

All weekend, and in the weeks leading up to this I’ve felt energised, waking up early, until my head has been hitting the pillow (sometimes) being alive.  Now I feel I could sleep for the next month, or two..  So much demand on the systems of my organism, finally catching up with me.  But I wouldn’t change this for the world. I can feel those hard to reach areas are now pulsating with life, even if my muscles are intensely aching and my head is heavy.

The most nourishing part for my spine from the games of the fighting monkey was working a lot with moving my head with the balls.  I’ve discovered or reinforced in my brain where it is I have been having less than complete systems of movement, for me.  I can see, even though I live in a city I need not be holding myself in this bracket and boundaries anymore- mindset is of great importance. Confidence in movement is of great importance too.  I’ll admit, I’ve been quite scared of moving in certain ways as the body I have is an amazing tool for learning; the amount of eccentricities it’s shown me to work through can be pretty tiring but it’s been so refreshing to smash the shit out of what I thought it could do and open up my imagination more to what it’s built to do.

Thanks, respect and big up to Jozef and Linda x