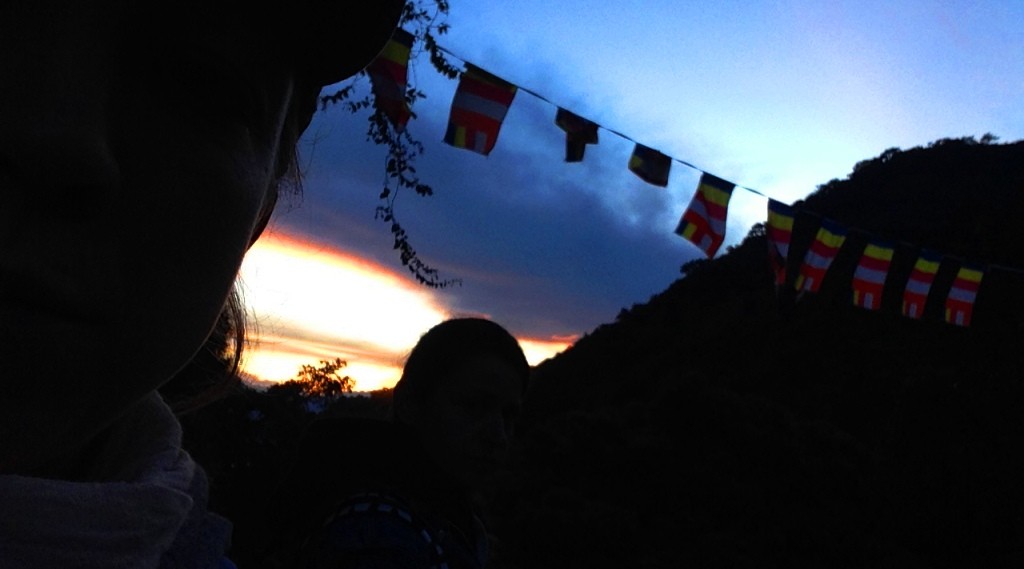 At first, I didn’t think I’d write about this. I mean, I couldn’t see where I’d done wrong, but I still had a sense of shame.

It’s only after talking about it, a lot, that I realise I’ve done nothing wrong.  I’d never wore shorts or swimwear off the beach, I dressed as I’d consider for modest, for being in a hot country.

Despite previous travels ‘solo’ to India, Cambodia, Peru, Thailand and such, I’ve never experienced such disrespect and what felt like danger. Well, except in Egypt, for which I wasn’t surprised.. I doubt this will be the most harrowing thing you’ll read about but, it surprises me how many other women I’ve spoken to were naive to this too. I’m a strong and able woman, have lived in big bad London for 8 years, I can handle travelling alone..?

I didn’t realise before, how in India, my friend Yogesh had saved my innocence by insisting I use his high quality apartment and driver. It was this connection, which kept me safe.

For the most part in Sri Lanka, I was with my best friend, she has the type of eyes which say, ‘don’t fuck with me’; we had each other’s back.  We were approached a fair amount, and other than this first situation, no one touched me.

We were at our hotel in Maskeliya, preparing to climb Adam’s peak the next day.  We were washing our clothes in the garden when I’d realised there was an obviously more simple minded young man (maybe 26 years old) around us, he appeared to be helping with the building works.

We sit down in the empty dining room for dinner. The boy enters the room too and stands no more than 3 meters from us, staring intently, right at me. We decide to try and ignore him, 10 minutes later, maybe less, I’m bothered.  It’s too much, too intense to eat alongside, thus I point this out to the hotelier’s wife. She takes him out, he moves and continues to stare at us from the kitchen.

After dinner my friend goes to smoke at our balcony and I stay to use the WiFi, thinking the boy has gone. After a few minutes he comes towards me as asks for a cigarette, I firmly say no, I don’t smoke.  He continues to comes towards me hand reaching out for what I presume to be my waist. I angrily usher him away from me as my back is already in a corner. He laughs and continues to stare menacingly at me, from beneath his brow. He doesn’t back away and tries again to come towards me. I push past him and call for the hotelier to tell him what just happened. The hotelier responded by considering what would happen had his 20 something year old daughter been in my situation; or someone with an overprotective travelling companion.  The boy was removed from the hotel.

At first this saddened me to hinder his work opportunity but, it’s only been after talking to other women about this that I realise no matter his problem, it doesn’t excuse him to touch me. Why did it take so long for me to put myself first in this realisation?..

The second incidence, also happened in a hotel. I was travelling with a European man, he had a girlfriend at home but we were keeping each other company for the trip.  We stopped at a hotel in Sigiriya for 2 nights whilst we explored the surrounds.  The father of the hotel owner, who was catering for us, got wind of my male companion not actually being my partner (I tried to warn him to stay close but clearly neither of us knew the implication of not), I’m not sure for how it is that he then perceived me, but it wasn’t with respect.  After breakfast on the second/last morning, my companion left the place we were dining in the owner’s main house, for the bathroom. The hotel man said I had red skin from the sun, and said he’d put some aloe on it. Before this he’d made us special food and drinks as I’d told him that I can’t eat certain foods. I thought I could trust him, like a medicine man.  My naivety as to why he might want to touch me, and the fact that I was travelling with a man, put my guard down.

So, he’s putting this fresh aloe on my arms, his hands stinking of onion, yuk! And then his hand went down my dress!  I’ll never forget his response when I said “No! I’m not burnt there!” He looked me in the eyes and told me to trust him, told me about how he massages people’s wives naked on his bed, that he’s a medicine man. Man, I’m fucking angry. I didn’t know to stop it, I felt so belittled, confused, and my companion still not back.. The same thing played again but by this time my friend was just arriving back outside the room, I bolted for the door.

This hotel guy then offered to wash our car, had my friend happy and distracted.  Suck up, fucking dirty creep!  Once we were ready to leave and our large bags loaded into the boot, I was doing a last sweep of the room. The hotel guy came into the room, I felt his intentions were again to see what he could get from me. I shouted to my friend that I was coming and quickly ran to the car.  I was still processing what had just happened and knew I was angry but couldn’t quite work out if I had the right to be.  Had I had told my friend about this before we left, what would he have done? The sinking feeling I get is that nothing of justice would happen, it seems most men are only protective of their women, not just any woman..? But the thing is, by not having another man challenge him, he’s going to think it’s OK to do this to another hapless Western woman. I’m mainly angry I didn’t realise sooner and punch him in the face!

The third incident, I’m in Negombo, on my own as my travelling partner had left for home.  I stayed about 30 minutes drive from the beach and so, get a tuk tuk there from my hotel.  I wanted to explore for some nice food and perhaps a massage for my last 2 days. The first restaurant I chose was connected to a big hotel, I had the presumption I could be ‘safe’ in such an establishment. I order a chicken salad and a king coconut (of course!) and am a bit perturbed as I have a crowd of male waiting staff around my table watching me. I ask if they want something, glance my sternest stare and am kind of left alone.

I make for the beach, contemplating if I can play in the sand and make use of the sun rays to nourish my skin. Within minutes again, I’m approached by boys wanting a selfie with me. It is like they’d never seen a blonde woman before..

Following some investigations about my occupation and dinner, I walk to a nearby supermarket to get some supplies. On my way back, 60 meters from the restaurant, I felt a firm hand quickly and strongly grab my ass! The douchebag who did it, was with his friend on a motorbike and nearly crashed into the curb just in front of me. I burst into tears. This was enough!

I had no idea Sri Lanka would be like this. I had no idea I wouldn’t be safe to travel alone. Of course, it doesn’t happen to every solo woman traveller but, it happened, in this fortunately light form, to me.

Men, if you hear or see and do nothing, it makes you as bad as the guys doing something; I can’t begin to explain how I felt when communicating to supportive and unsupportive guys.  Ladies, keep safe, open your eyes and your ears; even though it gets easier to travel to ‘exotic’ places, remember there, you are exotic and the media portrays us Western Women appallingly.  The picture of Western women put on television in the West let alone what’s aired in the East, makes us seem like easy targets, so don’t reinforce this.  It’s going to take generations for culture, and dare I say sexist [racism] to change throughout the world, there’s a lot to be done. We need to be savvy, we need to know our boundaries and we need to, unfortunately still, keep safe and take precautions.

Positive note, I did meet a few younger Sri Lankan guys, one being, Asanka, whose presence helped me a lot!  My uncle is from there, I met lots of lovely men and women, everyone told me about the lovely ones.  I just wish I was aware to be more careful of the less lovely ones!  What I write here is just a snippet of some of the troubles I had, and I feel I was lucky!